The cuckoo’s first call has long symbolised the start of spring. It is an unmistakable note in nature’s seasonal soundtrack. And it heralds the cuckoo’s arrival back on UK soil after an epic 5000-mile migratory journey. But sadly fewer and fewer people are hearing cuckoos. So what's going on?

The fascination with cuckoos

Cuckoos are fascinating birds with cunning breeding tactics. Females lay their eggs in other birds’ nests, leaving the offspring to be nurtured by ‘foster parents’, including pipits, warblers and dunnocks. 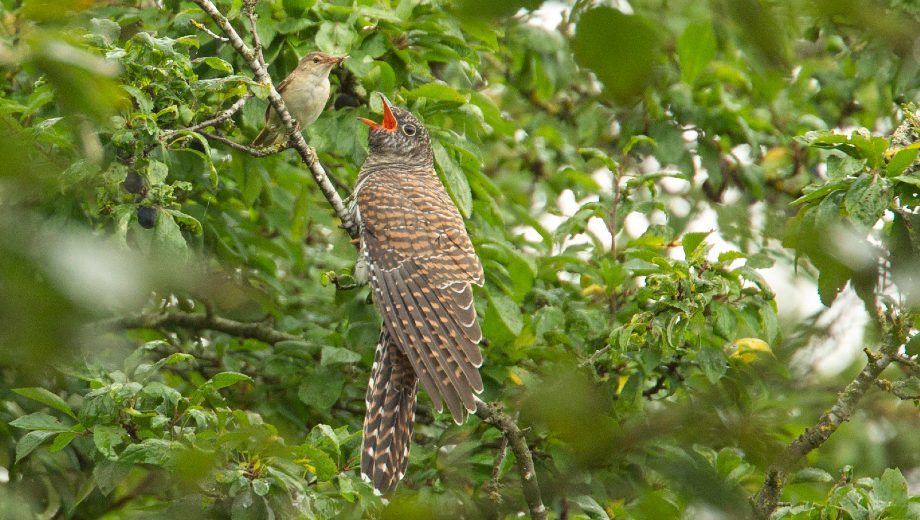 Their diet is another ornithological oddity, as they feed on large hairy moth caterpillars, which are poisonous to most other birds.

Known for secrecy and camouflaging under leafy cover, cuckoos are more often heard than seen. The male’s clock-chiming ‘koo-kooo’ call is recognised the world over. However, the female emits a different sound, more of a bubbling chuckle.

Cuckoos have long been associated with human superstitions, and many beliefs concerning luck, health and romance are attributed to these captivating creatures. In Sweden, the direction of a cuckoo’s call signifies either good luck (west), death (south), consolation (east), or sorrow (north). Another belief is that the number of cuckoo calls heard by an unmarried person signifies how many years they will remain single.

Have you heard a cuckoo call?

While most people know what a cuckoo sounds like, far fewer will have heard one. Tragically, fewer cuckoos are calling in our countryside as numbers in the UK plummet.

The British Trust for Ornithology estimates the population decreased by 65% since the early 1980s. And in 2009 the cuckoo became a Red-listed bird, meaning they are of highest conservation concern.

So, why are cuckoos disappearing? 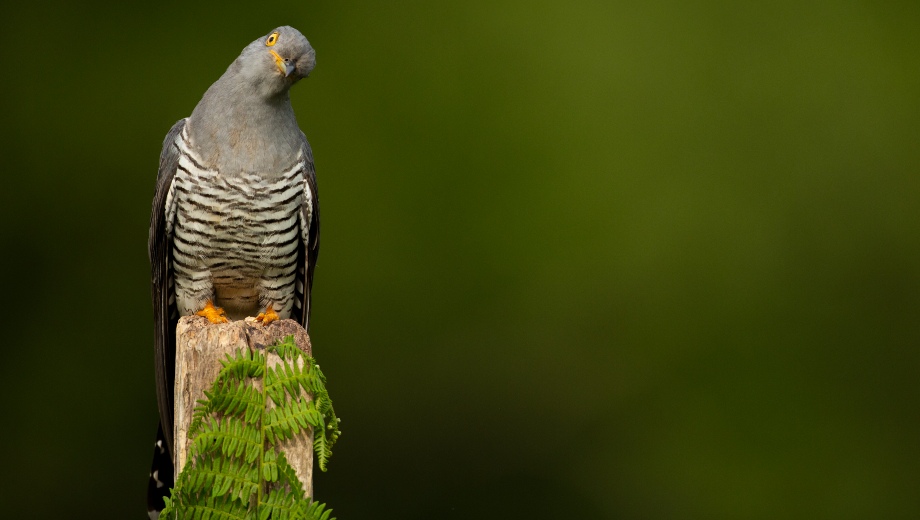 Each year, cuckoos travel all the way from Southern Africa, passing through Spain, before they reach the UK. Once here, they tend to avoid urban areas. Even in rural counties such as Devon, where cuckoos were once widespread, they are now confined to outer areas of open moorland.

Research supported by the RSPB is showing that the loss of hedgerows and the widespread use of insecticides could be affecting cuckoos’ main food source. So, it’s likely local farming methods are a factor in these alarming shifts.

Right now, the RSPB is working on the ground to restore the vital habitats cuckoos depend upon for food. We don’t want the call of a cuckoo to be restricted to clocks in the future. We want to hear that rousing spring sound ringing out from our fields and hedges for generations to come. 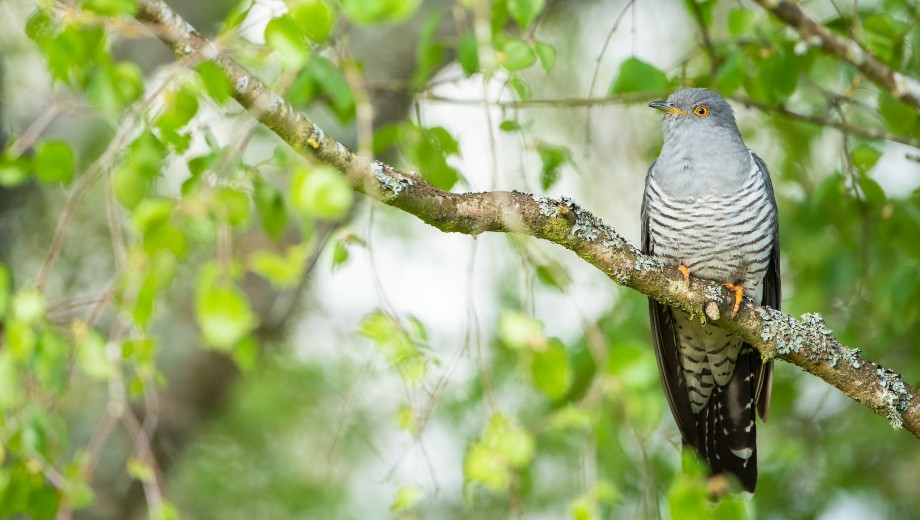 Pigeon coo or a cuckoo? How can you tell?

In the hullabaloo of spring birdsong, it’s surprisingly easy to mix up that distant cuck-coo with the cooing call of two much more common and familiar birds: the woodpigeon, and the collared dove. Our guide helps you tell them apart.

Pigeon coo or a cuckoo? How can you tell?

In the hullabaloo of spring birdsong, it’s surprisingly easy to mix up that distant cuck-coo with the cooing call of two much more common and familiar birds: the woodpigeon, and the collared dove. Our guide helps you tell them apart.