What do London commuters and bar tailed godwits have in common?

That isn’t a question we ever thought we would ask. But this week it is justified, with the opening of the brand spanking new Elizabeth Line in the capital. The creation of the railway was the largest infrastructure project in Europe and is good news if you’re a commuter wanting to travel across London. But the project is also good news if you’re a bar tailed godwit. Or a common seal. Or one of the thousands of other types of wildlife which now spend time at Wallasea Island in Essex. It is also good news for the people who live close by and for the planet. Here’s why.

Moving earth to create a haven

In 2008 Crossrail, who created the Elizabeth Line, got in touch about working together. Their plans to build new stations and 13 miles of twin tunnels under London meant they had millions of tonnes of earth to move. And so, a plan was created to ship it to Wallasea Island where we wanted to recreate some of the lost intertidal habitats which once dominated the Essex coast.

In total 3.5 million tonnes of the earth excavated from deep below London was shipped to Wallasea. We used this to make a mosaic of lagoons, islands and bays which together created a nature reserve twice the size of the city of London.

The wildlife move in

Together with Crossrail and other partners we built it. And they came.  In their thousands. Within two years, wintering bird numbers were at 12,000. Now they stand at 20,000, with big numbers of knots, dunlins, redshanks, lapwings and, yes, bar tailed godwits. Together they can be seen forming a swirling, whirling mass as they flock together over the lagoons and marshes. Short eared owls, hen harriers and marsh harriers all patrol the skies, as well as peregrine falcons, kestrels and buzzards. 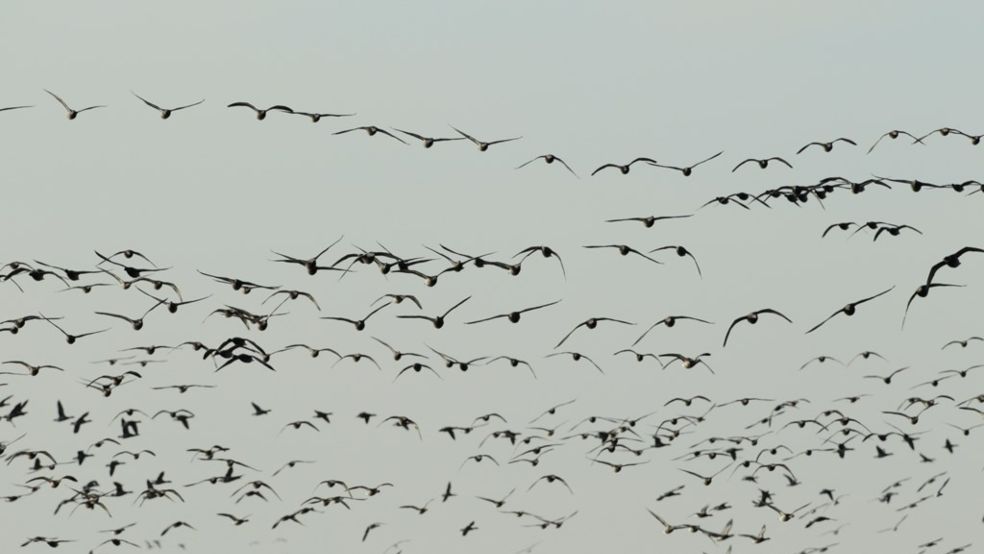 Spring and summer see common terns, black headed gulls and oystercatchers all breeding, as well as one of the largest colonies of avocet.  Skylarks sing, hares box and common seals raise their young where once there was a barren, empty landscape.

But it is not just wildlife who have benefitted. The creation of this intertidal habitat forms an effective sea wall, protecting communities against coastal flooding and rising seas. Coastal wetlands also capture and lock in large amounts of carbon and can prevent chemical pollution running off into the sea.

Creating a wild space for people

With 15KM of trails through wild coastal landscapes, Wallasea Island has created a space for people to explore and relax in nature. It also connects local communities with their heritage as the reserve has transformed the area back to the way much of the Essex coast would have looked hundreds of years ago.

All of this wouldn’t have been possible without working in partnership. It shows just what can be achieved when big business and industry work with the conservation sector. It was ambitious and complex - with DEFRA, the Environment Agency and Natural England all involved and many local communities, businesses and individuals all having a say. But it delivered.
We need its success to inspire more innovative partnerships like this one, which work together for the benefit of wildlife, people and the planet.

For a more in depth look at the Wallasea project, head here.