How the public helped bring a conviction for illegally killed buzzards

Gliding overhead with all the majesty and presence of royalty, who can resist pointing out a bird of prey in the sky above to their companions. They are so beautiful it can give you a glow of pride just for being the one to spot it first. If a buzzard or kestrel or red kite soars overhead during a solo journey, it can turn a moment of loneliness into magical solitude. So the RSPB investigations team were horrified when they played remote camera footage and saw a gamekeeper ruthlessly killing a buzzard with a slash hook. The video footage in this case was particularly shocking but illegal raptor killings are rife.

A shocking act of violence

Warning: This video contains footage that some viewers may find upsetting

Back in January 2021, a member of the public reported a buzzard, trapped but alive, caught in a cage trap in Kneeton, a village 14 miles from Nottingham. When an RSPB investigations officer followed up on the report, he found the trap on a pheasant shoot with a different buzzard inside, along with the carcasses of a pheasant and two stock doves - used as bait to lure the buzzard.
The investigations officer released the buzzard and set up a remote camera to find out what was happening, and who was responsible.

When the investigations team returned two days later and reviewed the footage, the recording showed visibly distressed buzzards (two entering the trap on separate, consecutive days likely attracted to the carrion in the harsh weather), frantically beating their wings as a green 4x4 pulled up. A man walked out the car, let himself into the cage trap and bludgeoned the buzzards to death with the long handle of a slash hook.

Tom Grose, RSPB Investigations Officer, said: “When I first saw the footage I was shocked and sickened. The birds were subject to a repeated torrent of blows before being thrown into the boot of a vehicle. This was clearly a premeditated operation and yet again illustrates that the shooting industry has a serious problem that needs to be sorted.”

Intentionally killing a wild bird is a criminal offence punishable by an unlimited fine and/or six months in jail. 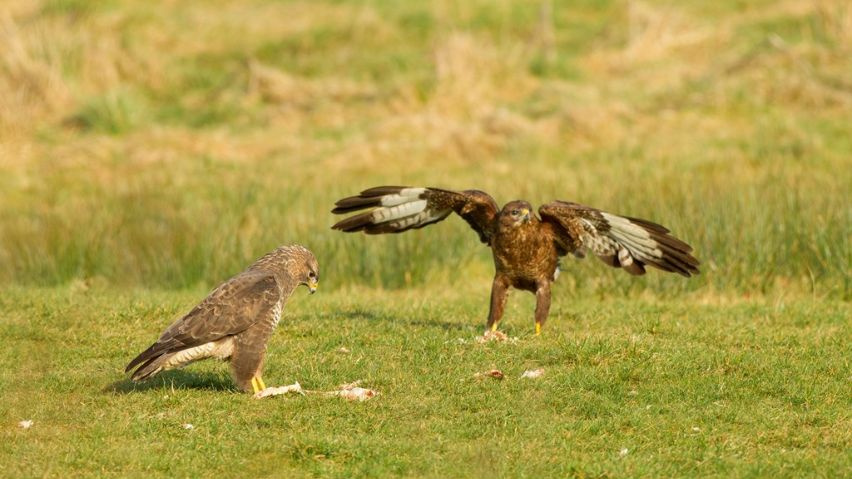 All wild birds are protected by law but the RSPB’s 2021 Birdcrime report (which documents incidents from 2020) showed the highest number of raptor trappings, shootings and poisonings recorded in 30 years. Almost two thirds of the incidents were in connection with land managed for or connected to gamebird shooting. Intentionally killing a wild bird is a criminal offence punishable by an unlimited fine and/or six months in jail.

Nottinghamshire Police swiftly identified the suspect as John Orrey, 63, of Hall Farm, Kneeton, a gamekeeper on a pheasant shoot on the land in question, and obtained a warrant to search his premises. The green 4x4 was found parked in a barn near Orrey’s home with the slash hook stowed in the boot. Later, forensic examination of the two stock doves - another protected species - confirmed they had been illegally shot.

Orrey pleaded guilty to all charges in December 2021 and was sentenced on January 28 at Nottinghamshire Magistrates’ Court to receive a total of 20 weeks’ imprisonment suspended for one year and a £1000 fine.

It would have been easy for the passers-by who first saw the buzzard to ignore their instinct and justify doing nothing. But with one phone call they joined a team that saw Orrey held to account and likely save more buzzards. This is just one example of how saving nature almost always comes down to teamwork.

The RSPB can’t be everywhere, we need people to be eyes and ears for nature.

The sentencing was no isolated case

The BirdCrime report revealed 137 confirmed incidents of bird of prey persecution in 2020.
These numbers are thought to be the tip of the iceberg.

Tom added: “Killing birds of prey has been illegal for decades, and yet it is still commonplace. Why? Clearly the punishments are no deterrent and the courts must look at using the full range of sentences available to signal clearly that this sort of behaviour is simply not acceptable.

“Better regulation is needed too. The RSPB has repeatedly asked for the conditions on cage traps to be tightened. The UK Government must follow the recommendations of the recent UN assessment, which calls for stronger regulation of the shooting industry and to allow for the removal of licences to use these traps.”

The BirdCrime report revealed 137 confirmed incidents of bird of prey persecution in 2020.
These numbers are thought to be the tip of the iceberg. 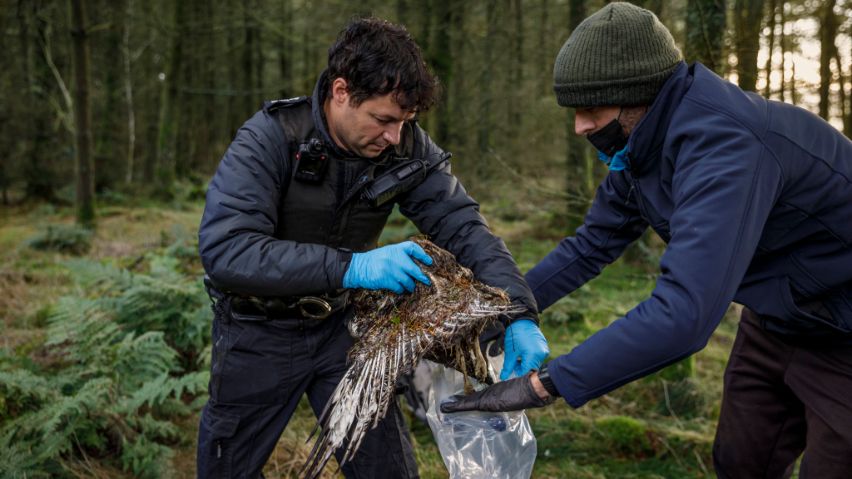 Buzzards and stock doves are legally protected by the Wildlife and Countryside Act 1981.
Cage traps can be used legally under license for certain reasons to catch corvids such as crows and magpies. However the law states that traps must be checked at least every 25 hours, and anything which becomes caught accidentally must be released unharmed.

If you find a wild bird of prey which you suspect has been illegally killed, phone the police on 101, email RSPB Investigations at crime@rspb.org.uk or fill in the online form.

Your report could make the difference for nature.

Become a bird of prey defender

The illegal killing must stop, your support can help bring criminals to justice.

Become a bird of prey defender

The illegal killing must stop, your support can help bring criminals to justice.