Migratory birds are struggling, but there's hope if we work together

Discover how we’re tackling the threats facing migratory birds, and how together, we can save them.

Bird migration is truly astonishing, from arctic terns, which fly up to 22,000 miles from the Arctic to the Antarctic and back again every year, to tiny pied flycatchers that cross the Sahara desert to reach wintering grounds.

You don’t need to be a fully-fledged bird spotter to marvel at the return of migrating birds. You may have noticed swooping swallows and speedy swifts this year, but in fact around half of birds in the UK migrate. For some, it’s a relatively short flight to neighbouring countries on the continent, while others undertake a migration marathon halfway around the globe.

Many migratory birds travel huge distances and face a host of challenges, from habitat changes on their breeding and wintering grounds to threats along flyways. To best help these species, we act on a global scale, collaborating with people in the UK and abroad.

Come with us and discover how we’re tackling the threats impacting migratory birds, at home and abroad. 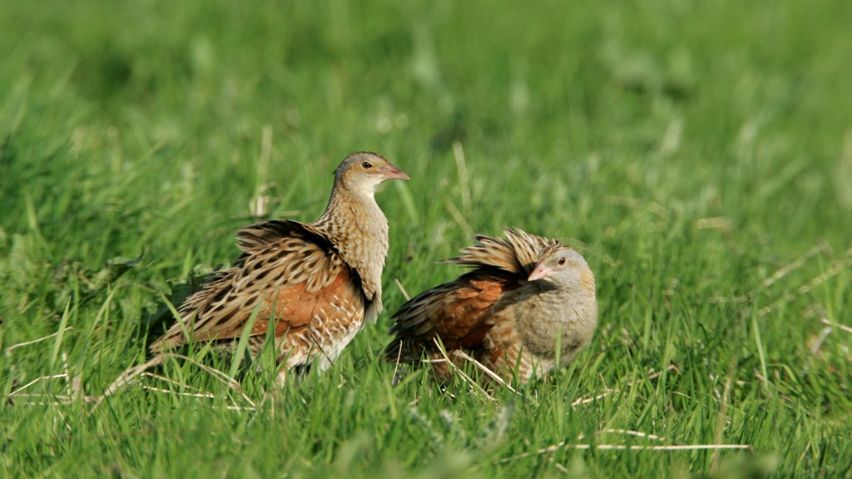 Corncrakes arrive in the UK in mid-April and, once here, they head for tall vegetation to feed and breed. As farming techniques and intensity have changed, however, corncrakes are now struggling to find nest sites. In the UK, many traditional species-rich hay meadows have been replaced by sileage-growing – a crop that’s less dependent on long periods of dry weather. Sileage is cut several times a year, which means mowing throughout the corncrake’s long breeding season, leading to heavy losses of eggs and chicks. These factors are causing steep population declines for corncrakes, putting them on the Red List of birds of highest conservation concern in the UK.

Swift numbers are also declining rapidly. In the UK, we have lost more than half our breeding swifts since 1995. After a year on the wing, flying between Africa and Europe, swifts can return to their breeding haunts in the UK to find their nest sites gone. Occupying gaps in eaves, soffits and under roof tiles, swift nest sites were plentiful in older buildings, outbuildings and churches. However, as we build, insulate and renovate our homes, swift nest sites are being lost, reducing opportunities to nest and raise the next generation.

And then there are some bird populations that are struggling for reasons that aren’t yet clear. One example is the pied flycatcher, which declined by 42% between 1995 and 2017. A songbird that breeds in oak or mixed woodlands across western Britain, pied flycatchers will readily breed in nest boxes too. Because of this, they are one of the best-studied songbirds in Europe, so we know a great deal about their breeding ecology and migration routes. Despite this, their causes of decline remain largely unknown. 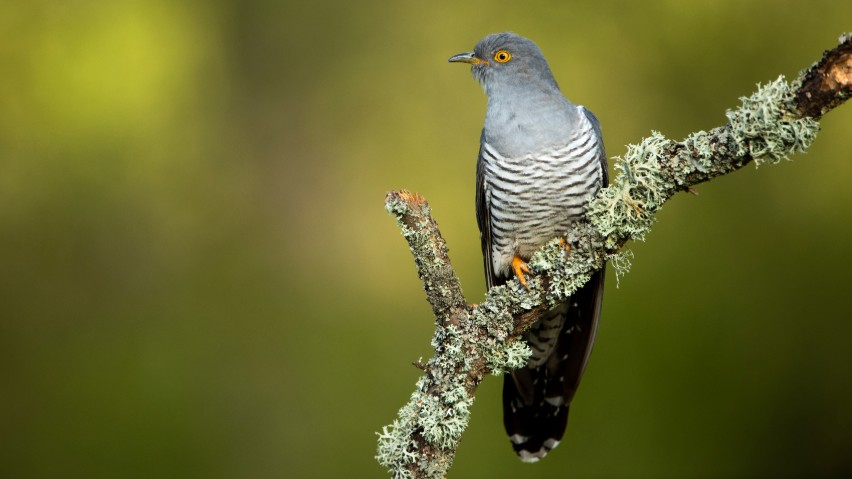 Returning to enjoy the improved conditions of our spring and summer, migratory birds’ food should be plentiful, but this may no longer be the case. Insect populations form the diet of many migratory and resident birds, but they too are dropping at a drastic rate. The latest UK State of Nature report revealed butterflies have declined in abundance by 16%, while moths have declined 25%. We believe widespread habitat loss, increased pesticide use, and climate change may be impacting insects.

Many birds depend on insects as their main food source. Cuckoos are a prime example, particularly favouring the hairy caterpillars of certain moths, which have declined four times faster than other moth species.

House martins and swifts can be impacted by the weather, as both species are totally reliant on flying insects for food. Extended periods of bad weather reduce the availability of flying insects and can seriously affect nestling growth and survival.

On the other hand, house martins also need rain in the spring to build their nests, which they construct of wet mud. During dry springs, like the one we’ve had so far this year, finding enough damp material to make a nest can impact brooding numbers. This shows the delicate balance house martins, and many other species, live in.

Watch out, rats about

The threat from introduced predators such as brown rats and American mink can have a severe impact on seabirds such as Manx shearwaters, puffins and storm petrels, which return to UK islands to breed each year.

The UK supports a staggering 80% of the global breeding population of Manx shearwaters. Returning to breeding colonies in March, Manx shearwaters reunite with their mate and secure a burrow. Parents raise a single chick and are extremely cautious. They swap at night, under the cover of darkness, to avoid alerting local predators. During the day, Manx shearwater colonies are silent, waiting for the sun to go down before voicing their chesty calls.

Predation of eggs, chicks, and even worse, adult birds can have a huge impact, especially as each pair raises a single chick each year. Stowing away on board, rats can be carried to islands on visiting boats and even shipwrecks. Without predators of their own on these islands, rat populations can boom, decimating seabird populations. 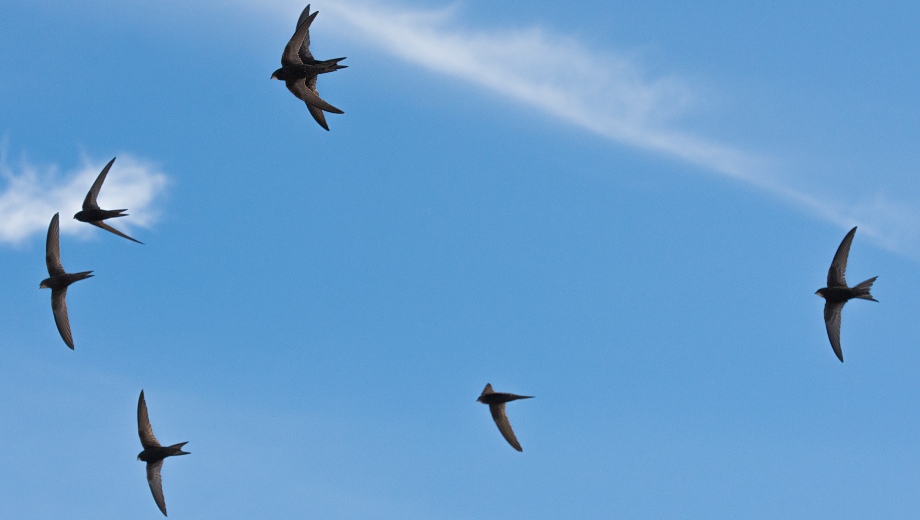 A lot of the work we’re doing to help migratory birds is here in the UK, but we also work internationally, with partners around the world. To make a difference to migratory birds, we must work on their scale, across their entire migration routes. These birds are borderless, so that’s how we work.

Our four-year Corncrake Calling project aims to save these small members of the rail family. RSPB Scotland is working with farmers and crofters to provide tall vegetation and delay the dates of mowing to allow the birds to raise their young. RSPB Northern Ireland teams also work closely with landowners on Rathlin Island to provide corncrake habitats, with optimistic results.

We've also been introducing corncrake-friendly mowing, which is a way for farmers and crofters to mow their fields from the inside out, allowing flightless corncrake chicks to run out of the field into the safety of the long grass surrounding it.

Our 2021 corncrake survey found that although in the Outer Hebrides numbers are up by 10%, overall numbers were down 3%, highlighting the necessity of ongoing corncrake conservation.

Providing more nesting sites for swifts is one of the aims of the partnership between the RSPB and Barratt Developments PLC, which was launched in 2014. Together, we look at how nature and wildlife can be welcomed into new developments and communities, also encouraging residents to help nature thrive in their outdoor spaces.

Together with Action for Swifts, Barratt Developments PLC, and Manthorpe Building Products, we created a new swift nest box that can be easily installed during construction. These integrated swift nest boxes are now being incorporated into new Barratt homes around Britain, creating vital new nesting sites for swifts.

The Tagus Estuary near Lisbon is one of the most important coastal sites in Europe along the East Atlantic Flyway for waders and particularly black-tailed godwits. An estimated 300,000 waterbirds visit it to rest and forage, often stopping mid-migration.

The Portuguese Government is proposing a new airport that will have a significant negative impact on the Tagus Estuary. Our BirdLife Partner in Portugal (SPEA) is leading a consortium opposing the airport development, which we assisted by producing a report for the court case. Our report demonstrated waders from over 30 countries across Europe and West Africa use the estuary, clearly indicating the airport’s negative impact on birds would likely be far worse than predicted. The court case is ongoing, with evidence mounting against the airport development. Watch this space!

Across several of the UK islands that support seabird breeding colonies, including Manx shearwaters, we’ve been working on rat eradication programmes. One such island is Lundy, in the Bristol Channel. In partnership with Natural England, National Trust and The Landmark Trust, we declared the island rat-free in 2006.

Since then, we’ve been conducting four-yearly surveys to monitor the breeding colony there. Encouragingly, Manx shearwater numbers have been on the rise ever since. The results on Lundy alone are staggering, with Manx shearwaters increasing 18-fold in just 14 years.

The only migratory dove species in the UK, turtle doves are now the fastest declining bird in the UK, dwindling by 98% between 1970 and 2018. Research tells us that the main problem lies right here in the UK where we need to provide turtle doves with places to nest, feed and drink. Operation Turtle Dove is a partnership project that works closely with farmers and land managers here in the UK to do just that.

Turtle doves cross many borders on their long migration so we must also work internationally. The RSPB led the creation of an international species action plan for turtle doves. One area to tackle was unsustainable hunting and we were delighted to see that in 2021, a temporary hunting ban for France, Spain and Portugal was agreed, saving the lives of a million turtle doves.

Hunting regulations are reviewed every year and we’re hopeful that the ban will be extended, giving turtle doves some much needed breathing space. With hunting out of the picture in the short-term, now is the perfect opportunity to really boost habitat management efforts in the UK to ensure turtle doves have a fighting chance.

How you can help migratory birds

The good news is, there are lots of things we can all do to help migratory birds. Here are a few ideas to get you started: 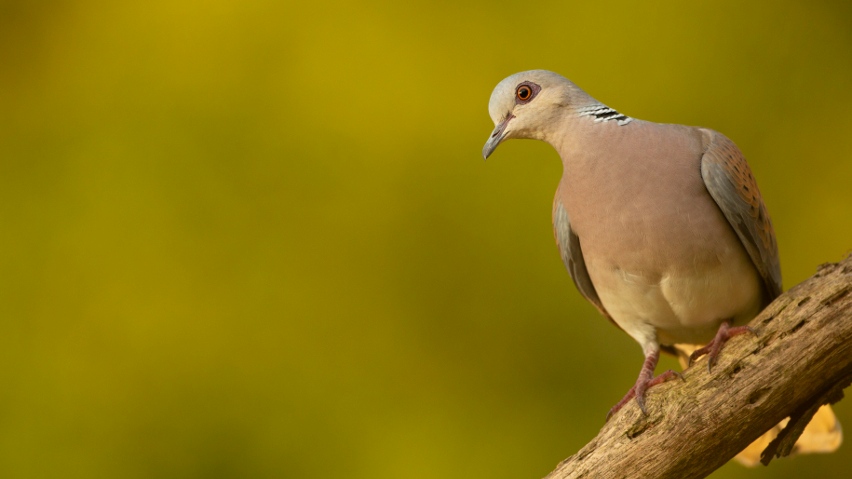 Putting up a high home for migratory birds is an easy way to help on your own patch. Take a look at our swift nest box, house martin home, swallow nest cup, or even try making your own.

Create a high home for swifts
2

Track swifts as you see them

If you see swifts nesting or flying at roof height, often fast and low, with loud screaming calls, you can now easily record your sightings. Download our Swift Mapper app or use it on your computer to help us get a clear picture of where swifts are nesting in the UK, and where it would be best to place new nests.

Visit us on our reserves

Find your nearest RSPB reserve and come and explore with us! Our reserves are a haven for wildlife, with a plethora of migratory species. We’d love for you to experience it. Visiting a reserve with a café? Pop in for a bird-friendly cuppa!

Find a nature reserve near you
4

Take a stand for nature

Nature is in crisis, but your support can help to stop threatened birds fading away. A gift from you could help protect our seas, so seabirds have enough to eat or help us create more swift cities. Together we can save birds in danger.

take a stand for nature
5

This spring so far has been warm and dry, which could be making it difficult for birds like house martins to build their nests. Putting out a disk of wet earth in your outdoor space could be a lifeline for them.

If you are lucky enough to hear or see a corncrake, you can record it with our online corncrake reporting tool. You can also sign up to become a corncrake champion to find out about actions you can take to help corncrakes. 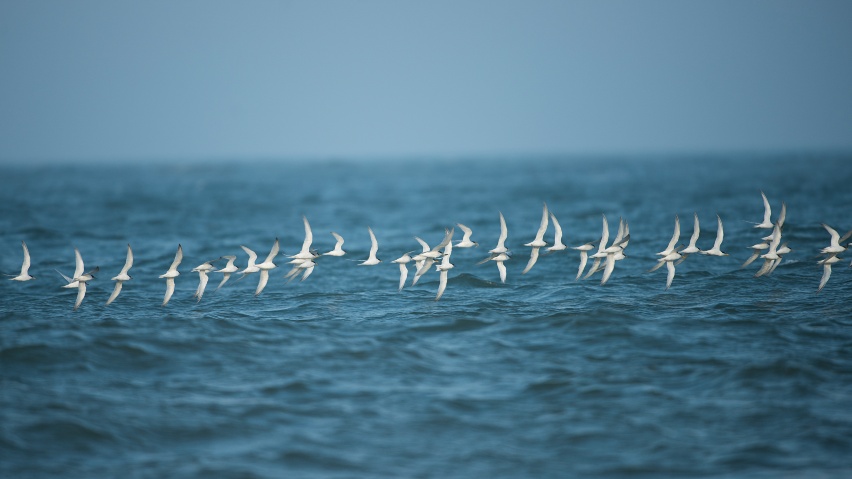 Which migratory birds will be arriving this spring, and how can you help give them a warm welcome back?

Give a swallow a home

Don't let them fade away

With your help we can save the UK's most threatened birds.

Don't let them fade away

With your help we can save the UK's most threatened birds.