A year to be proud of! Nature highlights from 2021

Thank you for all your support this year. Here are some highlights from 2021 of the amazing things that we've achieved together for nature. Sit back and enjoy our short film, or read on to find out more about some of this year’s super success stories.

A year to be proud of! Nature highlights from 2021

Thank you for all your support this year. Together we’ve achieved some amazing things for nature. We’ve pulled out some of the highlights from 2021. Sit back and enjoy our short film or read on to find out more about some of this year’s super success stories.

We’re celebrating the return of some iconic wildlife, with cranes breeding once more in Oxfordshire after an absence of 500 years and golden eagles breeding again on Orkney after a 40-year absence.

We are also celebrating some fantastic efforts to protect wild places. This year saw a tremendous effort to restore vast amounts of UK coastal habitat to help wildlife including avocets, oystercatchers and terns, via the Life on the Edge project. Plus over half a million of you have looked to make changes in your own gardens or outdoor spaces to help local wildlife.

It’s been a great year for people power too. Back in January, over one million of you took part in Big Garden Birdwatch, making it the biggest ever. Thousands of you also made your voices heard for nature and there have been some great wins on government policy for wildlife.

2021 is the 100-year anniversary of the Plumage Act. This law to stop the slaughter of birds for their feathers was spearheaded by the RSPB's founders – and we feel sure that these achievements would make our founders proud.

We couldn’t do it without you

Thank you to all our members, supporters, volunteers, funders and partners for making all this possible. 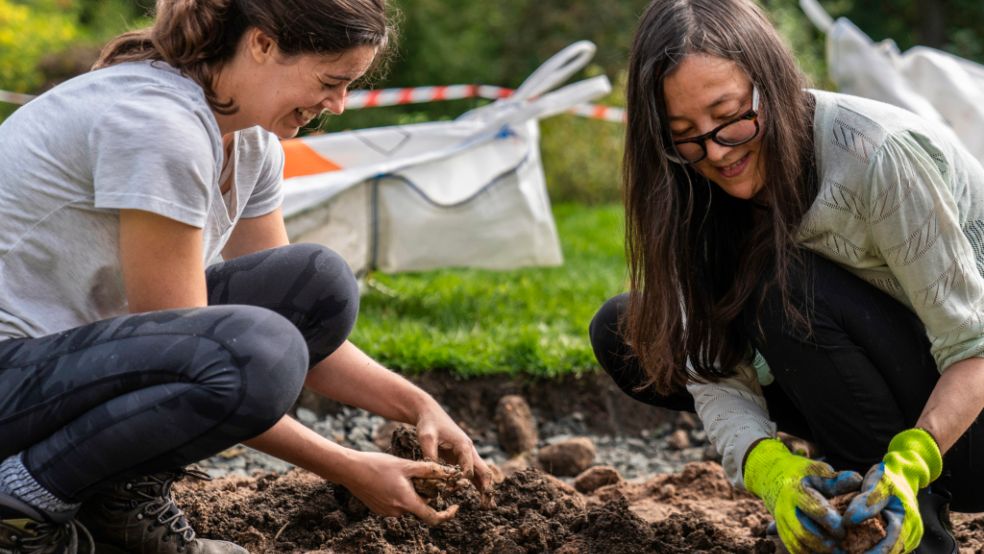 Thank you for bringing nature back

Curlews have declined by 48% in the UK since the mid-1990s, but Curlews in Crisis aims to stabilise curlew breeding populations in five priority landscapes across the UK. After just the first year of the project, we already have some early signs of success. At one project site, the Antrim Plateau, Northern Ireland, curlews had a great year, with 39 pairs producing 28 fledglings.

This project is supported by the EU LIFE programme and several in-country partners. In Northern Ireland, the project is also supported by DAERA-NIEA and the DAERA Environment Fund. 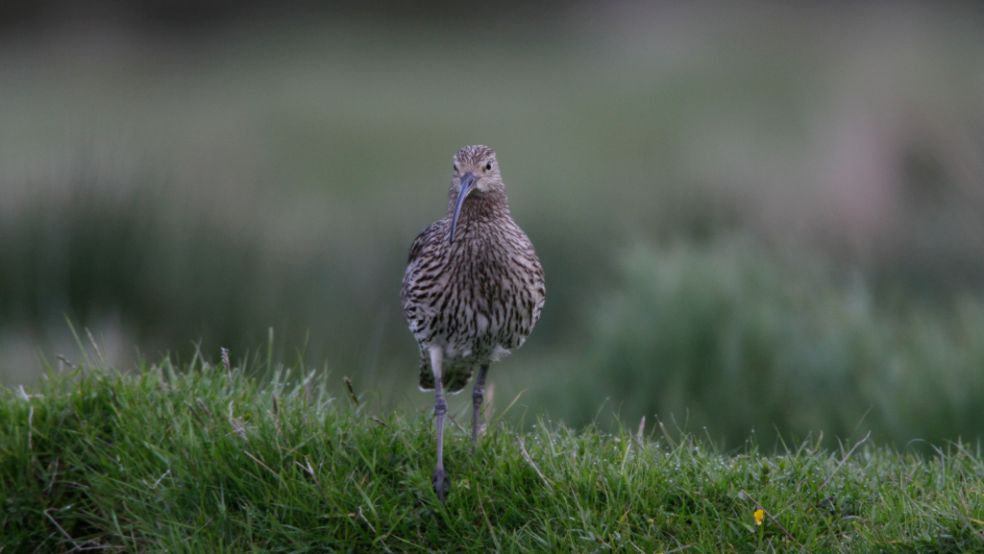 "At one project site, curlews had a great year, with 39 pairs producing 28 fledglings."

Peatlands are some of the UK's most valuable habitat. When healthy, peatlands mitigate against climate change and support some spectacular wildlife. Back in 2017, RSPB Cymru, in partnership with National Trust Wales, began a peatland restoration project in Blaen y Coed, Snowdonia. This year, both golden plovers and curlews returned to breed after an absence of 20 years!

The project was part-funded by the Wales Peatland Sustainable Management Scheme which is run by the Snowdonia National Park Authority.

After an absence of almost 40 years, golden eagles have returned to Orkney and are breeding here once again. These majestic birds once used to be a common sight and bred across Orkney. Earlier this year we were delighted to spot a pair nesting at RSPB Hoy nature reserve.

Thank you for helping wildlife recover

This summer, a pair of cranes successfully fledged a chick at RSPB Otmoor, a first for the nature reserve. Cranes from the Great Crane Project, run in partnership with WWT and Viridor, have attempted to breed over the last six years. Success finally came this year, with the fledging of a chick, the first in Oxfordshire in over 500 years.

Through careful habitat management, RSPB Otmoor has become a haven for wildlife, and is also home to bitterns, marsh harriers and other wetland birds.

Great white egrets are doing increasingly well in the UK. Once considered rare visitors, these stunning white herons are growing in numbers and in 2021 there was a marked increase on RSPB nature reserves. Great white egrets had an amazing year on the Avalon Marshes, in Somerset, with 37 pairs fledging 50 young. This includes 11 chicks fledged from RSPB Ham Wall, at the heart of the Avalon Marshes.

Two pairs also bred at RSPB Ouse Washes and fledged two chicks. This is the first time great white egrets have been recorded breeding in Cambridgeshire. 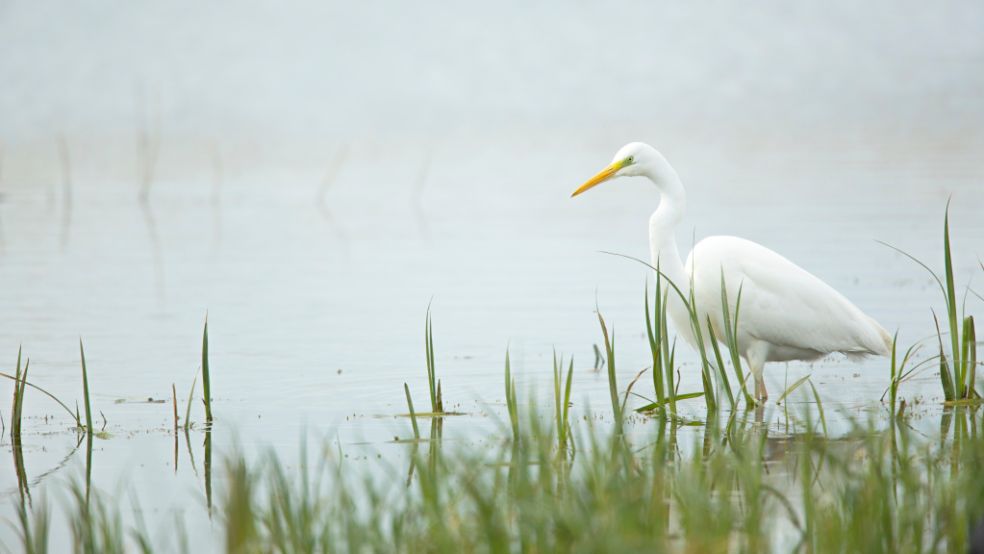 "Once considered rare visitors, these stunning white herons are growing in numbers"

Bitterns continue their inexorable rise and, in 2021, reached their highest numbers ever on RSPB nature reserves. Back in 1997, just 11 males were recorded making their distinctive boom. But thanks to careful habitat management and sustained conservation efforts, their numbers continue to grow and this year 108 booming males were recorded across RSPB nature reserves.

Thank you for restoring and protecting wild places

Gough Island, in the middle of the South Atlantic Ocean, is one of the world’s most important sites for nesting seabirds. Yet over two million seabird chicks and eggs were being lost annually from the island because of predation by invasive non-native mice, pushing birds such as the Tristan albatross towards extinction. Despite delays and setbacks caused by the pandemic, this year the Gough Island team completed an ambitious project aiming to remove the mice.

Sadly, since making our 2021 highlights film, we have heard that a mouse has been found on the island. Our team on the island are trying to remove this mouse and find out if there are any more. We are monitoring the situation closely and you can read more about it here.

We want to take this opportunity to thank all our partners for their help with this extremely complex project.

Roseate terns are the UK’s rarest nesting seabird. Back in the 19th century, they were almost driven to extinction because of the demand for their feathers for women’s hats. However this year saw their most successful ever at RSPB Coquet Island in Northumberland, with 150 breeding pairs. Thanks to dedicated conservation efforts, there are now 1,989 breeding pairs across the UK and Ireland, compared with 467 in 1989.

This ongoing recovery has been supported by the EU-funded Roseate Tern LIFE Recovery Project that ran from 2015 to 2020. 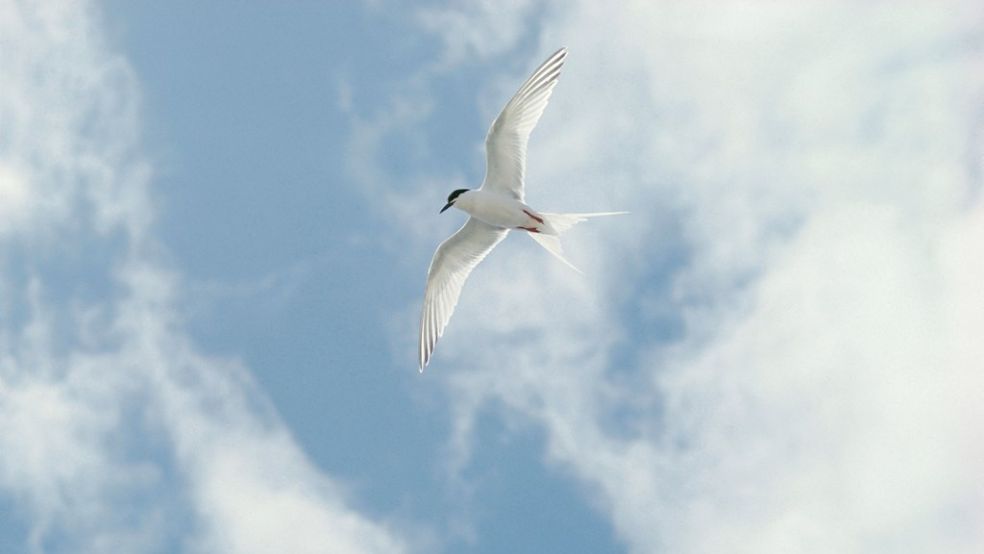 "Thanks to dedicated conservation efforts, there are now 1,989 breeding pairs of roseate terns across the UK and Ireland"

Life on the Edge

Coastal habitat is vitally important for a wide variety of wildlife, yet much has been lost in recent years. We’re working with the National Trust and others to restore and improve vast areas of coastal sites across the UK, from RSPB Titchwell in Norfolk to RSPB Hodbarrow in Cumbria. This ongoing project will benefit coastal wildlife including avocets, oystercatchers and terns. This year ‘dredgings’ from Harwich Harbour in Essex were used to create little tern nesting habitat at nearby Horsey Island.

Thanks to a seabird tracking project, a huge feeding hotspot in the North Atlantic was identified. The project looked at satellite data from over 2,000 bird tracks and identified a seabird feeding hotspot. Thanks to this research the area, which covers almost 600,000 km2 has been declared a Marine Protected Area. This will help protect five million birds from 21 species.

Thank you for coming together for nature

Nature on the agenda

Throughout the year, many of you have shown your support for nature. Back in November, over 3,000 RSPB members and supporters took part in a Global Day of Action to ask world leaders at the COP26 climate change talks to act for nature.

Plus thanks to a sustained campaign, England will become the first country ever to have a target for nature’s recovery. Over 55,000 RSPB supporters joined 200,000 environmental campaigners to successfully call for a legally binding target for reversing the loss of species in England by 2030 to be included in the Environment Act.

We really couldn’t do all we do for nature without the phenomenal support from our volunteers. In 2021, over 12,000 volunteers gave 918,000 hours to help nature. Just one example of this year’s amazing achievements is the growth of our Species Recovery Volunteer Network. In East Anglia over 50 volunteers were recruited and trained to protect vulnerable beach nesting birds including little terns and ringed plovers.

Feeling inspired? Take a look at our volunteering opportunities. 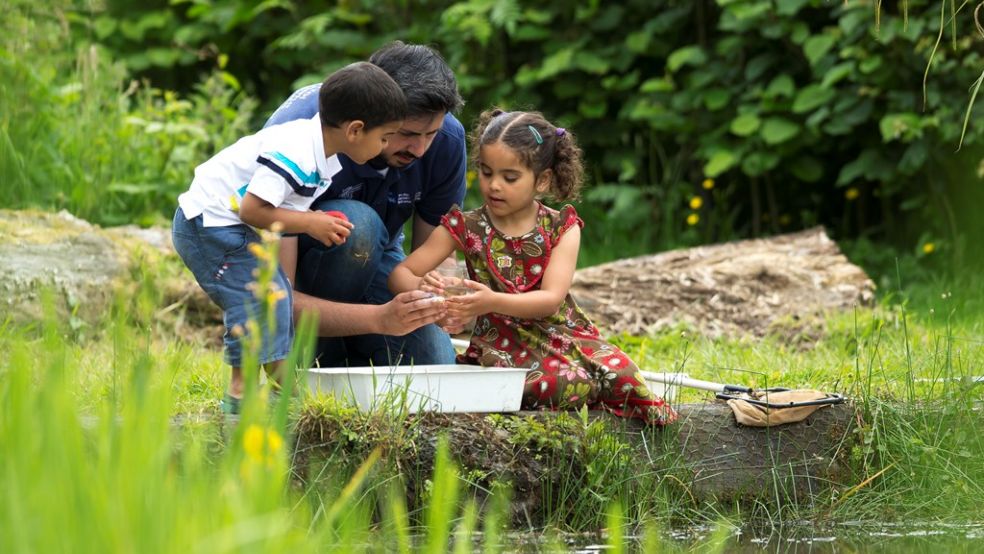 Back in January, over one million people took part in Big Garden Birdwatch to help keep an eye on how garden birds are faring. More than 17 million birds were counted making it the biggest Birdwatch ever. Top spot in 2021 went to the house sparrow. It’s the 18th year running that this plucky little bird has taken the Big Garden Birdwatch crown!

We hope you can join us for Big Garden Birdwatch 2022!

What will you see this Big Garden Birdwatch?

Help count the birds that are counting on you. It’s fun, free and for everyone. Join in 28-30 January

What will you see this Big Garden Birdwatch?

Help count the birds that are counting on you. It’s fun, free and for everyone. Join in 28-30 January