Completing the jigsaw: bringing life back to the Lakes

The landscape of the Lake District is undeniably spectacular. But it is also a landscape haunted by the ghosts of species that have been lost. Eagles no longer soar over the fells, corncrakes have vanished from the meadows and pine martens are absent from their former woodland homes. Before these missing species can return, we must make the landscape ready for them – and that means starting from the ground up.

A green and pleasant land? 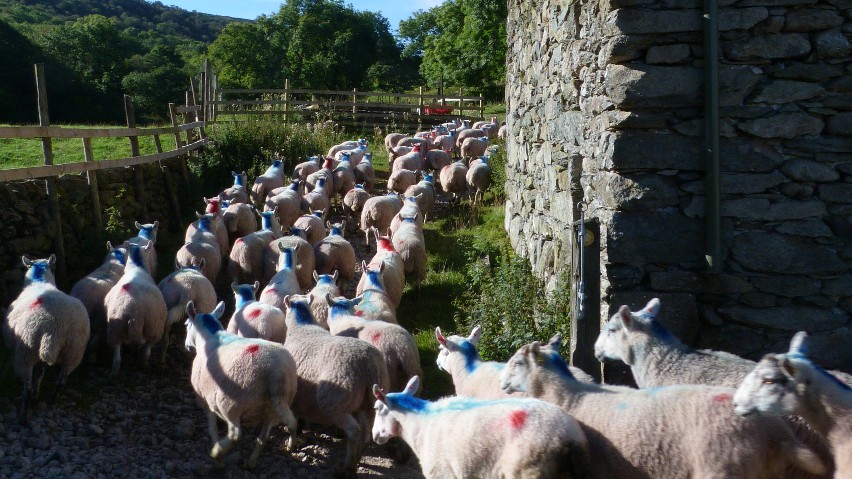 Plants are the key to a flourishing landscape, providing food and shelter for a vast array of species. When plants are struggling, it has a knock-on effect all the way up the food chain.

Although it may look like the quintessentially British ‘green and pleasant land’, huge parts of the Lake District are dominated by close-cropped grass, which is of little value for wildlife, and flowers are few and far between.

This lack of botanical diversity is the result of millions of mouths nibbling away at the vegetation. Between 1905 and 1950 there were about 1.1 million sheep in Cumbria, but because of decades of government subsidies, this number rocketed to 2.6 million at its peak in the 1990s.

The number has levelled off since then, to around 2 million, but this still means that there are almost as many sheep in Cumbria as there are in the whole of Norway. Across the Lake District, habitats are struggling to recover, and more needs to be done to bring farming and nature back into balance. 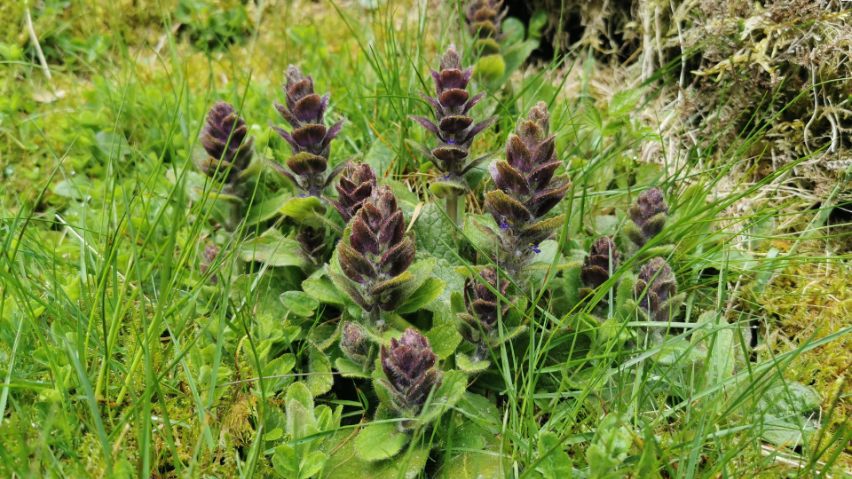 Thanks to their small mouths, sheep can graze selectively, picking out tree seedlings and the most delicate and tasty plants, while ignoring the tougher, less palatable ones. As a result, trees and many mountain species are only able to cling on in a few inaccessible places.

One of these plants – the pyramidal bugle (pictured) – was restricted to a single crag in the Lake District, and boasts the unenviable title of England’s rarest mountain flower.

Downy willow, a species common in many mountain regions, also came close to national extinction. These survivors are a fragile link to a much richer past. 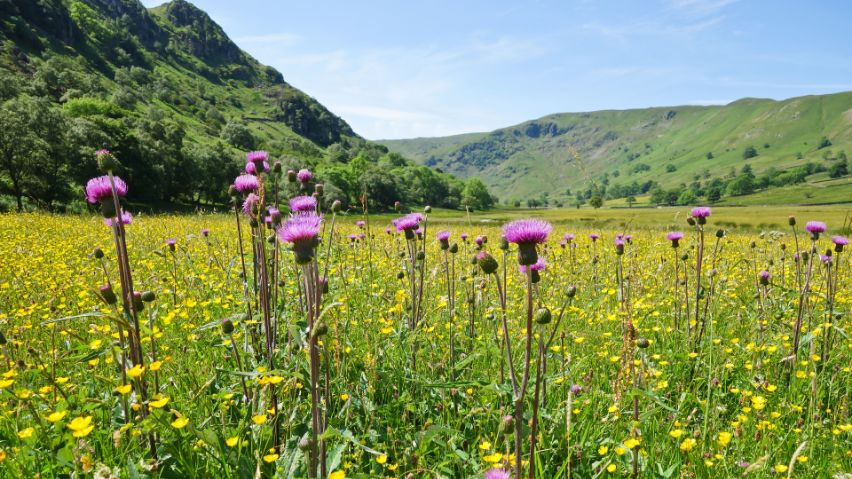 When the RSPB took over the management of two hill farms at Haweswater – Naddle and Swindale – we began trying to find a way to help nature thrive alongside farming.

The hay meadows in Swindale Valley were in a particularly poor state, but a few simple changes have made a dramatic difference. By lambing elsewhere on the farm in spring and waiting until late July to cut the hay, the wildflowers now have the chance to bloom and set seed, ensuring yet more flowers the following year.

In June the meadows become a sea of flowers bobbing in the breeze, providing a vast buffet for butterflies, bees and other invertebrates, which in turn become tasty morsels for other wildlife. This colourful patchwork, made up of an estimated 57 million wildflowers, is a wonderful sight for visitors and the greater diversity of plants makes the hay even more nutritious for our livestock too. 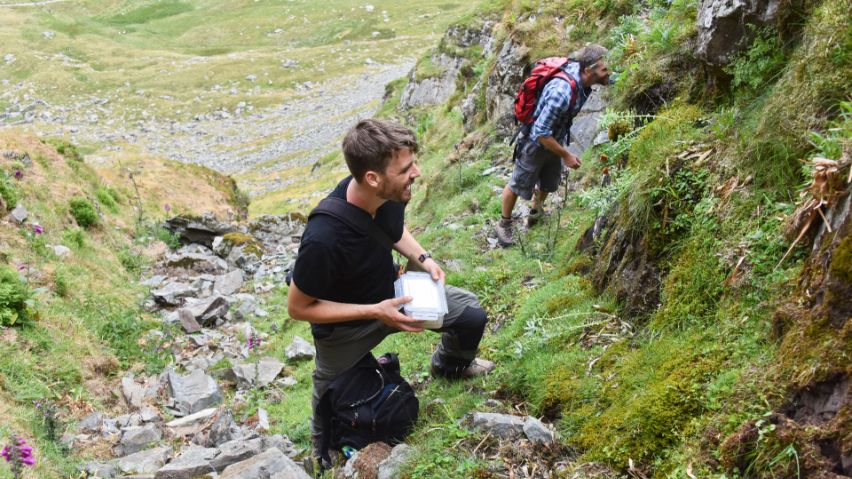 Higher up the hillside, in Mardale Meadow, we worked with landowner United Utilities, as well as Natural England and the Alpine Garden Society to fence off an area the size of 49 football pitches to exclude sheep and deer. Now that their delicate seedlings no longer become lunch for grazers, mountain plants like mossy saxifrage, mountain sorrel and roseroot, have begun to break free from their remote prisons and recolonise the slopes.

With the help of volunteers, we’ve also been growing plants from seed and nurturing them until they’re ready to be planted out on the meadow. This includes 15 pyramidal bugle plants, which were grown from seeds taken from the Lake District's last remaining population and planted out in 2019. All of them are now flourishing in the wild. 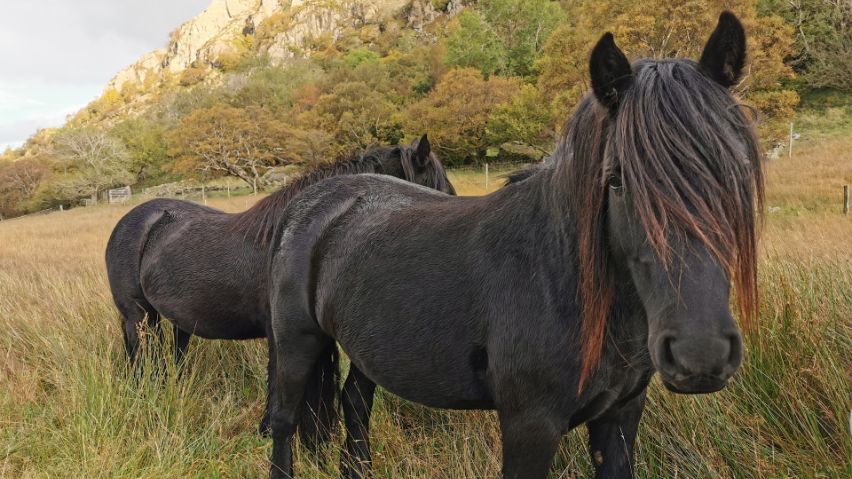 Although excluding sheep and deer has been enough to kickstart the return of flowers in some areas, in others, grass and bracken had such a stranglehold that we needed to enlist some hairy helpers in the form of cattle and fell ponies.

These hefty herbivores disturb the soil with their hooves, creating gaps for wildflowers to grow, in a way that lighter-footed sheep simply can’t. Cattle and ponies are also far less fussy when it comes to food and will happily munch through tough plants that sheep ignore, giving less hardy species a further boost.

Putting the right animals in the right place at the right time has been key to allowing habitats to thrive.

Forests of the future 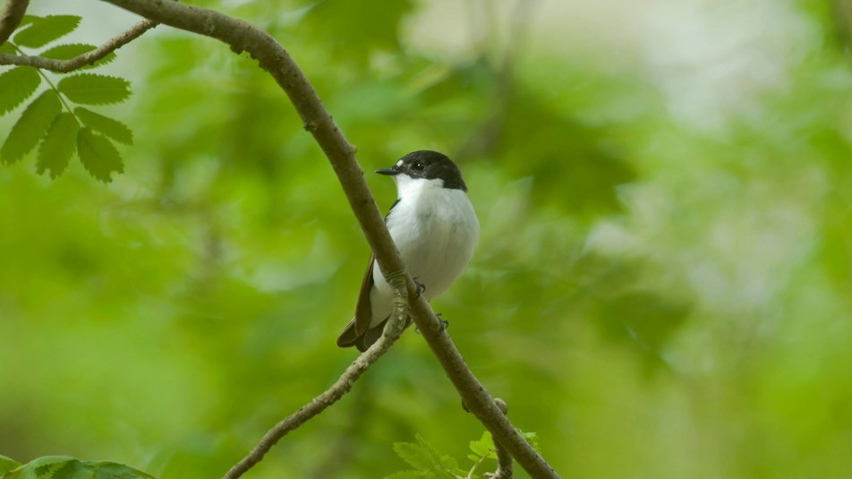 As well as planting out mountain flowers, we’ve planted tens of thousands of tree saplings too. Using nuts, seeds, berries and cuttings collected from around Haweswater, our dedicated volunteers have nurtured the resulting saplings in our nursery, including oak, hazel, rowan and willow.

Although Haweswater is home to important areas of ancient woodland, they are far less widespread than they used to be. These new additions will expand the area of tree cover, providing homes for wildlife like red squirrels, redstarts and pied flycatchers (pictured) – and, in time, hopefully pine martens too, as the small population in Northern England continues to spread. Numbers of threatened tree pipits are already on the up.

The trees will capture climate-warming carbon, as well as help to bind the soil together, preventing erosion and providing cleaner drinking water for people. 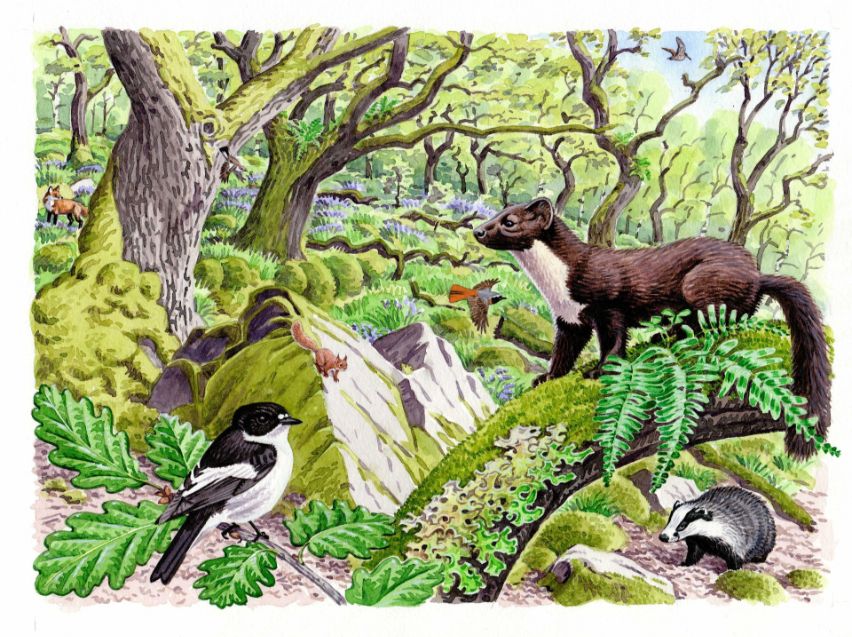 By filling in the missing plant-shaped pieces of the jigsaw at Haweswater, we’re building the foundations for iconic species like pine martens and eagles to return.

Where there are flowers, trees and willing volunteers ready to lend a hand, there’s hope of a better future for wildlife.

Would you like to take action for nature? Find out what volunteering opportunities are available near you.

You can find out more about this work in Wild Fell, a deeply personal account of the highs and lows of nature conservation in the Lake District, written by Haweswater’s Site Manager, Lee Schofield.